These Most Unique Buildings in Europe

The Cubic Houses in Rotterdam is a large residential complex built in 1977, that is also a pedestrian bridge that crosses one traffic artery. The complex was designed by the Dutch architect Piet Blom, who had an idea to create a structure that resembles the tree with houses of them. It’s a whole structure of apartments on the higher levels, small businesses on the ground level, and even a school and children’s playground.
The structure looks very interesting from the outside, and many tourists were interested to see how it looks like to be inside one of the cubes, so one of the house owners decided to make his cube available for tours. The Crooked House, or Krzywy Domek, how it’s called in Polish, is located in Sopot a small city which is known as a seaside resort. This building is a part of Sopot’s shopping mall, and it was built in 2004.
Its unique wavy design was inspired by fairytale illustrators Jan Marcin Szancer and Per Dahlberg and beautiful houses designed by Antonio Gaudí. The Dancing House is one unusual building set in the center of Prague that attracts many visitors during the whole year. The building was designed in 1992 by Croatian Czech architect Vlado Milunić in cooperation with architect Frank Gehry the designer of the Guggenheim Museum in Bilbao.
Even though it was supposed to house something related to arts and culture, the building became an office building with a restaurant on top. This unique architectural wonder was nicknamed Fred and Ginger after the dancers Fred Astaire and Ginger Rogers, but the nickname was quickly abandoned because Frank Gehry didn’t want to force the Hollywood names in Prague. The Waldspirale, or the Forest Spiral, is a residential building complex in Darmstadt, Germany, built in the 1990s. This unusual building resembles the Hundertwasserhaus that we already told you about in our blog post about the most impressive buildings in Vienna. The architect Friedensreich Hundertwasser hated straight lines and angles. He was an ecologist and all of the buildings he designed are a combination of architecture and nature that’s why you’ll see very few straight lines on each one of his buildings. Market Hall, or Markthal, a residential building with a market hall underneath, is another remarkable architectural wonder that can be seen in Rotterdam. It was opened in 2014, and design came from an architectural company called MVRDV. The gray building is shaped like a horseshoe and is completely covered in glass. But the most impressive part of this structure is the inside it is covered with 11.000 m2 of artwork done by Arno Coenen, which shows flora and fauna presented in 3D technology. It is so big and beautiful, some people call it The largest artwork in the world or The Sistine Chapel of Rotterdam. St. Basil’s Cathedral is the most colorful spot in Moscow’s Red Square with its red façade and colorful domes that all look different. The building of the Cathedral was ordered by Ivan the Terrible in the 16th century, to commemorate the victory of the Russians over Kazan Khanate. The church is known for it’s beautiful and vivid colors, but those were not there all the time. Apparently, it used to be white, while the domes were gold.

Hallgrimur Church, Hallgrimskirkja is the largest church in Iceland and one of the most unique architectural wonders in its capital city of Reykjavik. This unusual church was designed by Guðjón Samúelsson in 1937, but it took a while for it to be built. The construction started in 1945 and was finally finished in 1986.
Even though it looks very futuristic, the church was designed to resemble the basalt lava flows, which are often seen in the Icelandic landscape. It is completely different than any other church, and definitely one of the most interesting places of worship we’ve ever seen. 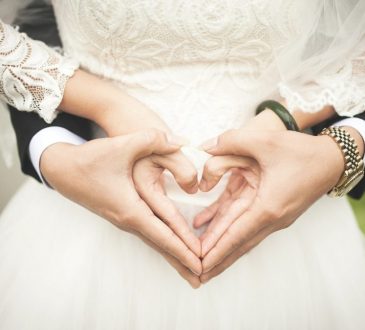